We have modded Apex Legends controllers for PlayStation 4 with tons of mods and features for sale. This controller will get you fragging like crazy.

Features of the controller

There are many features that come with a modded controller, in fact the aftermath of modding can also improve the exterior of your controller because of the options made available to switch colors and textures during the alteration period, a lot of the players take advantage of this to adjust the keys and change textures according to how easy it is for you to control. You can make the texture a lot rigid, countering the originally slippery surface of the controller which gives you lesser control over your hand movements. The best part is the price does not increase dramatically.

One of the features included are programmable hotkeys, this essentially means that you can program one of your keys to make something happen without you constantly having to press the button, you can increase or decrease the frequency at which you may want to shoot or you can make the player run for as long as you wish without occupying one of your fingers on the same button, which you can then use for other actions. In fact, you are allowed to make as many adjustments to the controller as you find pleasing or necessary.

Another characteristic that you can add to your controller during modding is aiming. When you modify your controller, you can program the keys to aim more or less by themselves, it gives you the chance to make shots from multiple different angles that you may have not been able to do earlier on. You can have earned the ability to do 360 degree turns and jumps and ducks at a greater frequency which allows you to make better shots with increased aim because you no longer have to focus on just the angle rather you can focus on the actual shooting.

One of the best features of a modified controller is the ergonomics characteristic of it all. They have the ability to customize for fingers of different sizes and length, making the whole controller a lot more versatile. You can place the joystick and d-pad at an extent where it is easier for you to reach all the buttons and still maintain good gameplay without risking carpal tunnel because of the excessive stretching that happens because of the original setting of the buttons. Short term advantages include lack of cramping and your hand hurting after you overplay some games.

There are many benefits that come with modifying your controller which include all of the above and a lot more.

Apex Legends is a development of Respawn Entertainment, released very recently in 2019. It was released for Xbox One and PS4, also Microsoft Windows.

The game gained steady popularity in spite of having very little to no marketing before it was released. The storyline of Apex Legends is a compilation of more games from the same entertainment company, there are class-based shooters available in the games and also varying narratives and storylines within the process of the actual gameplay. Teams are arranged according to the players’ choice with one, sort of, a leader that controls where the team will be settling, on the grounds of the virtual world.

The gameplay consists of sixty players that are divided into squads of three, increasing the competitive nature of the game and making it interesting. The game has an innovative feature of nonverbal communication to maintain teamwork without talking, this method is called “pinging”. You can ping with the buttons on your controller to indicate to your team member, what exactly you’re trying to do, it allows the members to grasp the concept of easier directing of the other members and makes the gameplay a lot more functional and convenient.

The game starts off with the squad landing on to the battlegrounds and then immediately searching for weapons and supplies, in order to defeat other players in the game, it is basically the last man standing concept. You can also revive your teammates by yourself. If a member happens to get killed off completely you can help them resurrect by collecting a banner which supposedly shows itself at the spot where the player had died. The banner can then be collected from that specific location and then brought to one of the beacons that are present on the island.

The game manages to always keep you on your feet by emancipating firefights that occur every now and then between the rival teams. The game allows the players a comfortable level of freedom and moving around, you have the choice of intense speed acceleration.

All of this makes the game very active and fast-paced and increases the intensity which in turn enhances your engrossment in the game. It has options available where you can buy costumes and gear for your player, further upgrading yourself and your strengths. The availability of newer weapons every now and then also manages to keep the player interested. You can buy all of this with either your own money or the one you collect while playing the game, unlocking achievements and collecting loot from players of the opposing team, the members may have died or lost and you get to have the important remainders.

The game creates a new season every three months to keep the magic alive and retain the interest of the players and they have been quite successful in doing so. Each new season has new characters that you can indulge in your gameplay and enhance the skills along with the new weapons that have been made available to you.

With the new gameplay comes new methods of playing the game and thus, new skills to master over time, all of this can be increased by programming your controller according to your needs. If you focus on the skills you want to improve on you can opt for a controller that is modified to provide you with easy access to have better command.

You can get the hang of some regular features like shooting and running much easier, over time you may know how to handle these but the game still requires you to press the buttons constantly which can get quite boring to keep doing, it also affects the frequency of your gameplay and decreases the overall functionality. Pressing the same buttons to do an act that can be done easily with a modchip seems rather idiotic.

The modchip gives you a better and quicker way to do all these actions without wasting a lot of time and then you can focus on improving the more difficult skills that may take longer to have complete control over. It improves your gameplay dramatically and improves functionality.

One issue that some players have faced is the risk of modded controllers being illegal, some players look at it as cheating and question the overall legitimacy of the player’s progress because of the so-called “hacked” controller. They consider the consistency to be wrong and a shortcut that isn’t entirely authorized but the actuality is far from it, in fact, Xbox One and Microsoft haven’t ever had any complaints regarding this supposed issue, they haven’t ever had problems with players considering this as cheating, it mostly seems like a rumor that was emitted from players who might be a little more uptight about gaming, people who are actually playing the game and are focusing on it would rather have these shortcuts to move further in the game.

Some normal players took this issue way too seriously which caused them to fear for their freedom and they thought they were risking jail but that is not true at all. To conclude, modding is as legal as it gets and can be used for gaming without any worries of you breaking the law in any way shape or form.

It really doesn’t affect the overall gameplay if you are new to the gaming world or if you have been around for a while, the modded controller has the dexterous ability to be used on different consoles, namely, the Apex Legends modded controller is available on the Xbox one and the PS4, it can also be used for PC gaming.

The modded controller fits into your hand like a smug glove and allows for stable gaming and comfortable hand movements, the comfort brings with it, more focus on the actual game rather than the discomfort that people feel with the normal controllers. It truly does improve your gameplay. The controller is also quite affordable, you may expect that because of all the improvements that come with modification the controller’s price might have increased a lot but that is not the case at all.

Overall, getting your Apex Legends controller modded is actually a very good idea.

Keep in mind that we may receive commissions when you click our links and make purchases. However, this does not impact our reviews and comparisons. We try our best to keep things fair and balanced, in order to help you make the best choice for you.

There are no reviews yet. 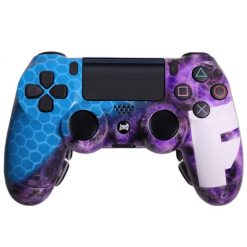 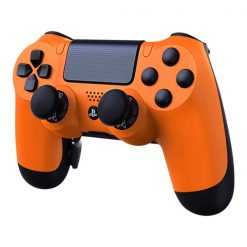